Fraud schemes that leverage “Device Farms” to scam skilled-based gaming apps are surging. Using many mobile devices at the same physical location makes it easier for fraudsters to mechanize and scale up their fraud scams to exploit players, and location spoofing is one of the key success factors in fraudsters' schemes.

Device Farms are locations where lots of different devices are connected. Developers use these device farms to test out their mobile apps across many mobile devices.  For example, Amazon provides this useful and legitimate service for app developers: https://aws.amazon.com/device-farm/?nc1=h_ls

However, there are cases where fraudsters set up their own Device Farm to commit fraud at scale. These are called “Fraud Farms” and they usually host hundreds or thousands of devices in the same location with the goal of committing fraud. Fraud Farms can be of 2 types, either automated or manual. 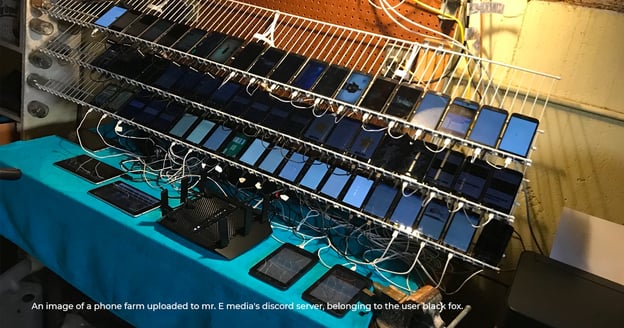 And several types of fraud are common to  Fraud Farms including:

How do fraudsters spoof location?

By implementing these techniques, fraudsters are able to disguise the location of fraud farms and can typically evade basic security controls that only check GPS or IP addresses that can be easily spoofed.

How fraud farms conceal their location

In mobile skill games, one of the most widespread fraud schemes involving fraud farms is “collusion” between players: fraudsters use hundreds of mobile devices to collude together, sharing cards and sharing game information to defraud other players and mobile gaming apps. In our mobile gaming case study, you can read more about how Incognia detected and blocked this type of collusion fraud affecting a major mobile gaming app with over 70 million users. In an analysis of  3.1 million users. Incognia detected 100+ suspicious locations indicating potential fraud farms, and more than 50K+ suspicious accounts.

The Incognia Location Spoofing Detection solution is highly effective at detecting location spoofing and enables mobile apps to block the fraud perpetrated by fraud farms. These are a few of the ways it works:

The Incognia solution acts silently in the background, so there is no additional friction for legitimate users, and works on both iOS and Android devices. To learn more about Incognia location spoofing detection please read our Location Spoofing Solution Brief. 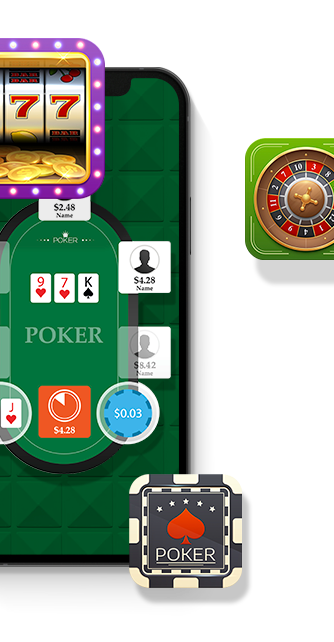 Today we announced a new Incognia identity fraud detection module to help detect the use of deepfake videos with a zero-friction experience.

What is the secret to achieving high opt-in rates for location permissions from mobile users?

Incognia announces the closing of our $15.5M Series A funding led by Point72 Ventures which will support our continued growth and global expansion.